April 6-28, 2017: Several of my pieces were selected for inclusion in the Windows to Our Body Exhibit at the El Taller, curated by Veronica Szarejko. Here are some images from the opening reception.

Entrance to the El Taller

Opening Reception Bar, in front of my image

Discussion in front of Firefly Trails

Me with one of my favourites, Moments and Movement 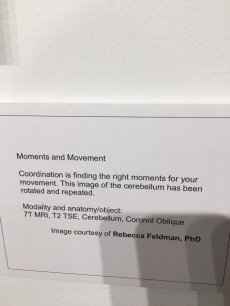 Caption card for Moments and Movement 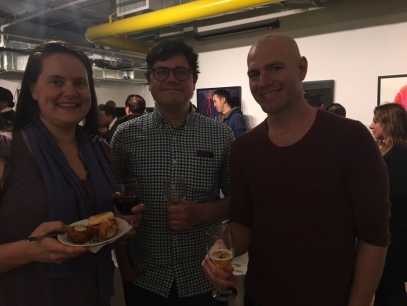 Friends in front of Red River 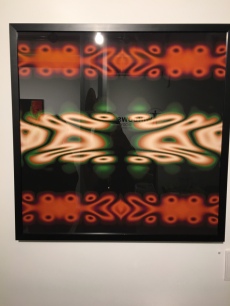 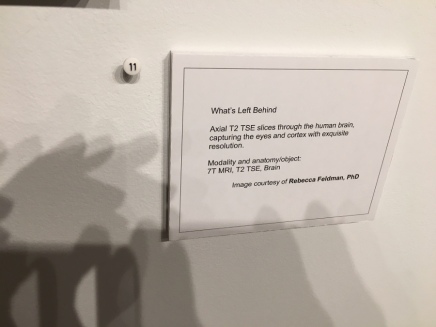 Caption for What’s left behind 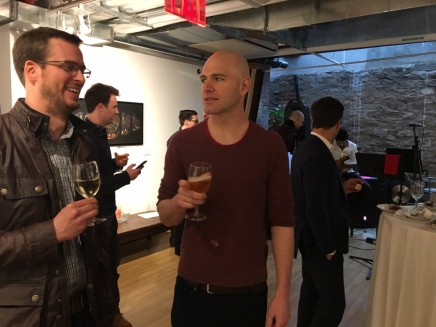 Friends at the opening reception 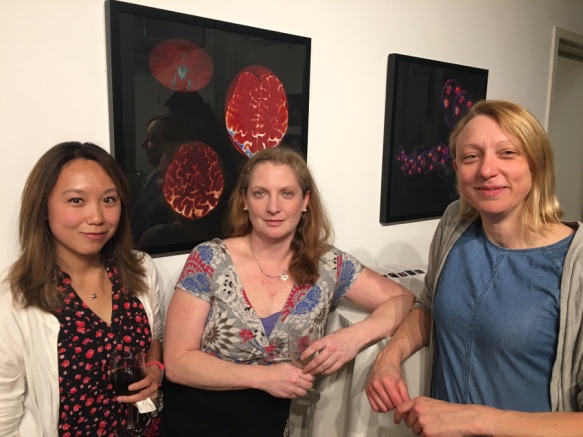 Friends in front of Vday

The following pieces were included in the exhibition. The images below include work produced in collaboration with Sarayu Ramachandran, Hadrien Dyvorne, Bei Zhang, and Alan Seifert. 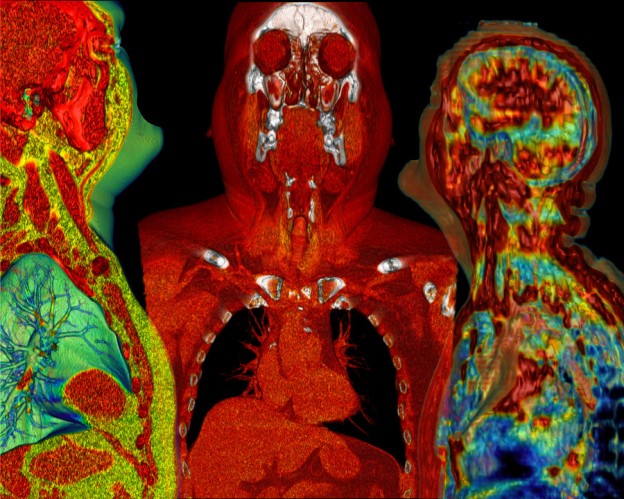 We Three Meet Again (Computed Tomography of the Head and Chest) Surface rendering of lungs, heart, and liver created in OsiriX composed and visually anonymized in GIMP

Moments and Movement (7T MRI, T2 TSE, Cerebellum, Coronal Oblique) Coordination is finding the right moments for your movement. This image of the cerebellum has been rotated and repeated in GIMP 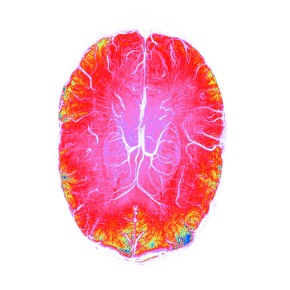 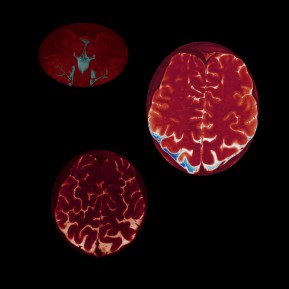 The Heart of the Brain (7T MRI, T2 TSE, Brain) T2-weighted images of the brain presented with custom colourmaps highlighting the contours of the cortex 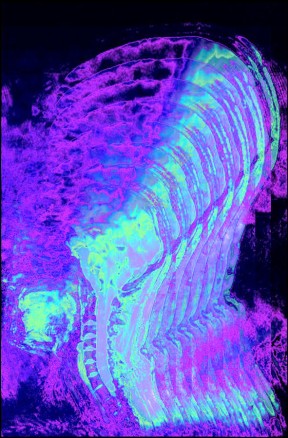 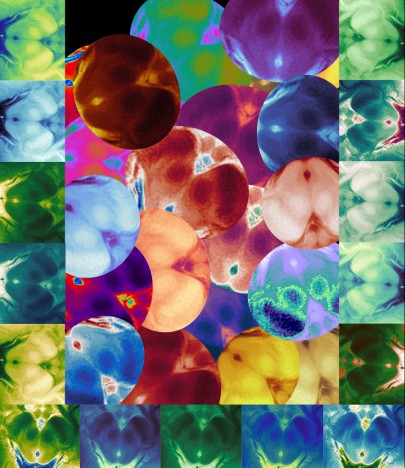 Midbrain Flowers (7T Multi-Echo GRE MRI of the human Midbrain) This image is created from a single axial slice at 0.3 mm in-plane resolution through the human midbrain at approximately the level of the substantial nigra and periaqueductal gray matter. The image is a root sum of squares combination of four echo times, and is tiled in multiple colourmaps.

Arterial Rhapsody (7T MRI time of light, blood vessels in the human brain) The time of flight sequence highlights arteries in the brain. These arteries have been replicated and layered on top of each other creating the illusion of flight and motion

Sampa Blanket (Matlab Simulation of SAMPA RF Pulse, Spatial Spectral Excitation Profile) When we design the pulse sequences that we use to acquire images in MRI, we have to make sure that we are selecting the region that we’re interest in. Sometimes we design iterations that fail at that particular goal, but nothing is a complete failure.
Tagged 2017, Cerebellum, Computer Simulation, CT, Gallery, GRE, MRI, Neuroimaging, SAMPA, SWI, T2TSE, Time of Flight, Vessels